It was a beautiful Sunday in picturesque Palo Alto when Stephanie & Keaton met. Keaton had just barely moved to the area and he showed up to church where Stephanie attended, sporting a seersucker blazer and long flowy hair. He was the handsome new kid and Stephanie was definitely interested. Over the next two weeks, they tried to see each other as much as possible…attending social events in the hopes that the other would be there. There was a talent show Over the next two weeks, Keaton and I surreptitiously tried to see each other as much as possible, attending every social event in hopes that the other would be there. About two weeks after they met, a talent show was being held with all of their friends. Keaton played a song on his guitar and sang along, making Stephanie weak in the knees. He later admitted to performing the song just to get Stephanie’s attention (it worked!!). After the talent show, he asked her out for their first date the following night. They went on a first date, a second, a third… and have been inseparable ever since. It wasn’t long before they both knew that they wanted to spend the rest of forever together. They’ve spent the past three years traveling, cooking, religiously following Patriots football & Duke basketball. They are getting married this summer back east & I was lucky enough to snag them for their engagement session! Stephanie and her mom flew out from North Carolina for the engagement session and we had a great time! Their photos were taken at Muir Woods and at Muir Beach-it was a hot, beautiful day that made me thank my lucky stars that I live in Northern California! Here are my favorites from their beautiful session…they are such a darling couple! 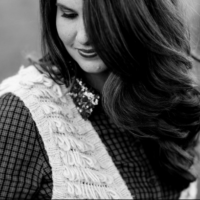 
Warning: Invalid argument supplied for foreach() in /home/marielle/public_html/wp-content/themes/letsblog/lib/custom.lib.php on line 400